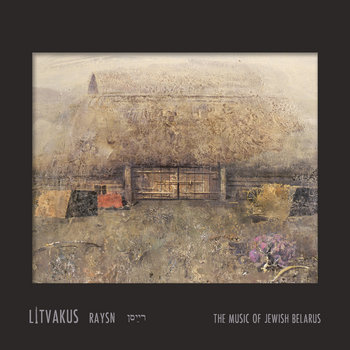 Klezmer Podcast 123- Litvakus. This episode features an interview with Zisl Slepovitch of the new band Litvakus, from Brooklyn. They have just released their first album Raysn- The Music of Jewish Belarus. Zisl is a great musician, singer, musicologist, and Yiddishist. Originally from Minsk, Belarus, he brings the music of that region to New York, where he blends the traditional repertoire with his own original works. We hear the track Zisl’s Sher and Karahod from the album.
Run time: 30:15.
Listen here:


Posted by Klezmer Podcast at 8:59 AM No comments:

http://www.doyna.de/
Posted by Klezmer Podcast at 3:35 PM No comments: